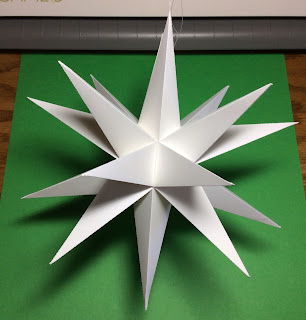 
I have always been fascinated by the look of the Moravian star. I love the way that the pyramids radiate from the center. I guess it appeals to my mathematical side.  In fact, the origin of this design originated as a geometry lesson in a Moravian Boys school in Niesky, Germany in the 1830's.  Students would make shapes out of paper and glue them together. The results were stellations or stars. This star was adopted by the Moravian Church as an advent symbol and is commonly used in nativity scenes to represent the star of Bethlehem. Traditionally, the star is hung the first Sunday of Advent and remains up until Epiphany, January 6, or the time of the coming of the Magi.

This Moravian star is a 26 point star. It has 18 large points and 8 small points. It is built on a base which is a rhombicuboctahedron. A rhombicuboctahedron is an Archimedean solid with eight triangular faces and eighteen square faces.

Here is the PDF file.  I used 65 lb. cardstock.
https://drive.google.com/file/d/1JolhWICmJxlC7aen1-CqpDvi4ZjM91Kr/view?usp=sharing

Here is the .Studio file.
https://drive.google.com/file/d/1ihzLN7tdll_koeN4tXdOisMcRKyJxAFp/view?usp=sharing 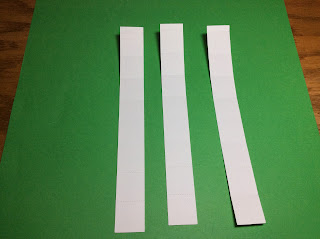 Fold the three strips of paper 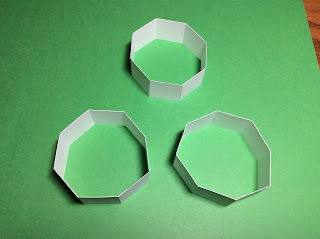 Glue them into an octagon. 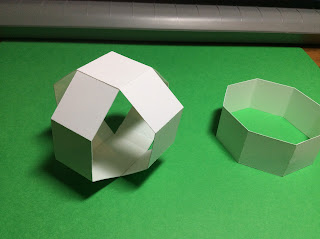 Apply glue on the two opposite squares of one octagonal strip.  Slip the other octagonal strip over the glued area to form a structure as shown in the photo above. 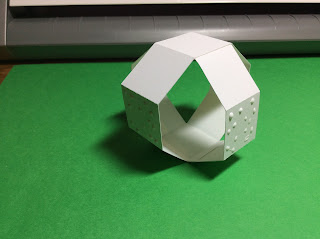 Apply glue on the four middle squares as shown above. 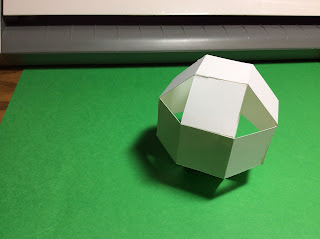 Slide the third octagonal strip over the glued areas. This structure is now called a small rhombicuboctahedron 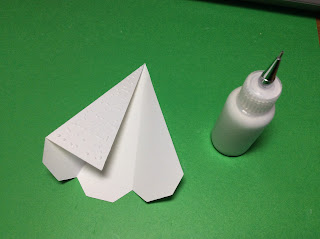 Fold the perforations of the small isoceles triangular pyramid. Apply glue on the left side which looks like a triangle. 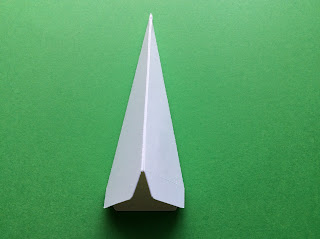 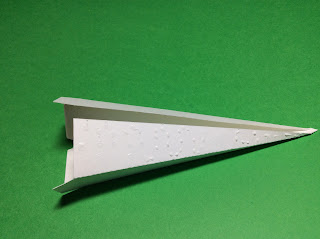 Bend the large isosceles pyramid and apply glue as shown. 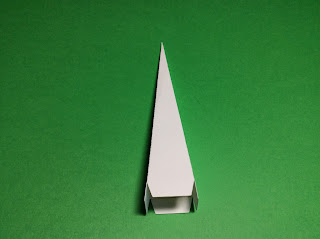 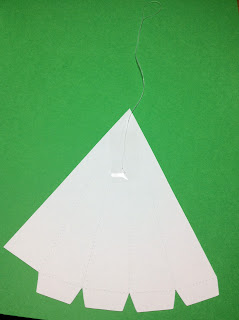 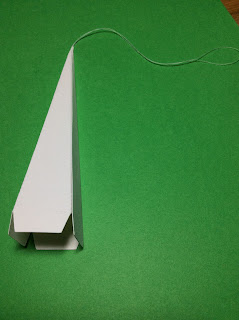 Glue the large isosceles pyramid closed and allow the string to protrude from the center apex of the pyramid. 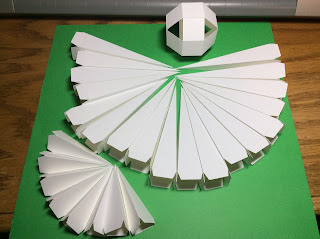 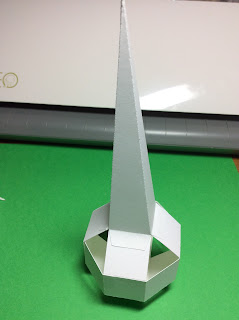 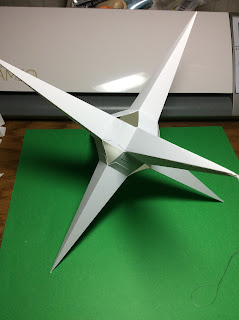 Repeat gluing the large isosceles pyramids to the four cardinal points as shown. 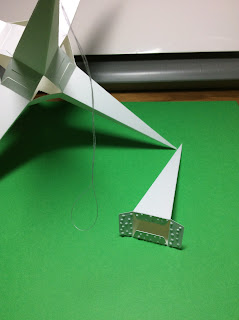 Using the large isosceles pyramid, bend two of the tabs inward and the opposite tabs outward. Apply glue to the tabs as shown above. 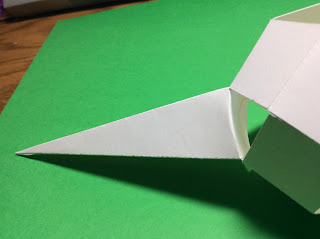 The two outward tabs will be bent under the small rhombicuboctahedron.  In other words, every spot where there is a square next to an open triangle, you will use this method of attaching the large isosceles pyramid. Notice in the above photo, the tabs are attached inside the small rhombicuboctahedron.   Repeat until all of the large isosceles pyramids are attached. 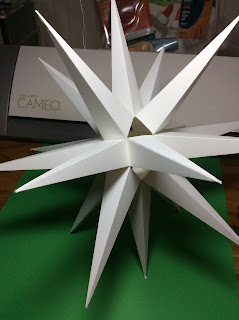 Here is a photo of all the large isosceles pyramids attached. The only thing left to do is attach the small isosceles triangular pyramids. 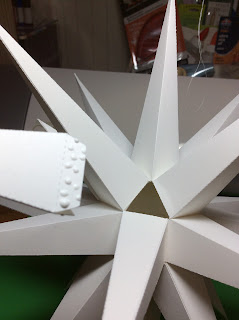 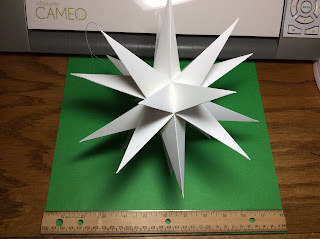 After completing the Moravian Star, you might like to try my next model, the Bethlehem Star. https://papercraftetc.blogspot.com/2019/11/a-stem-project-bethlehem-star-model-and.html  It uses the same construction as the Moravian Star but the pyramid sizes vary.