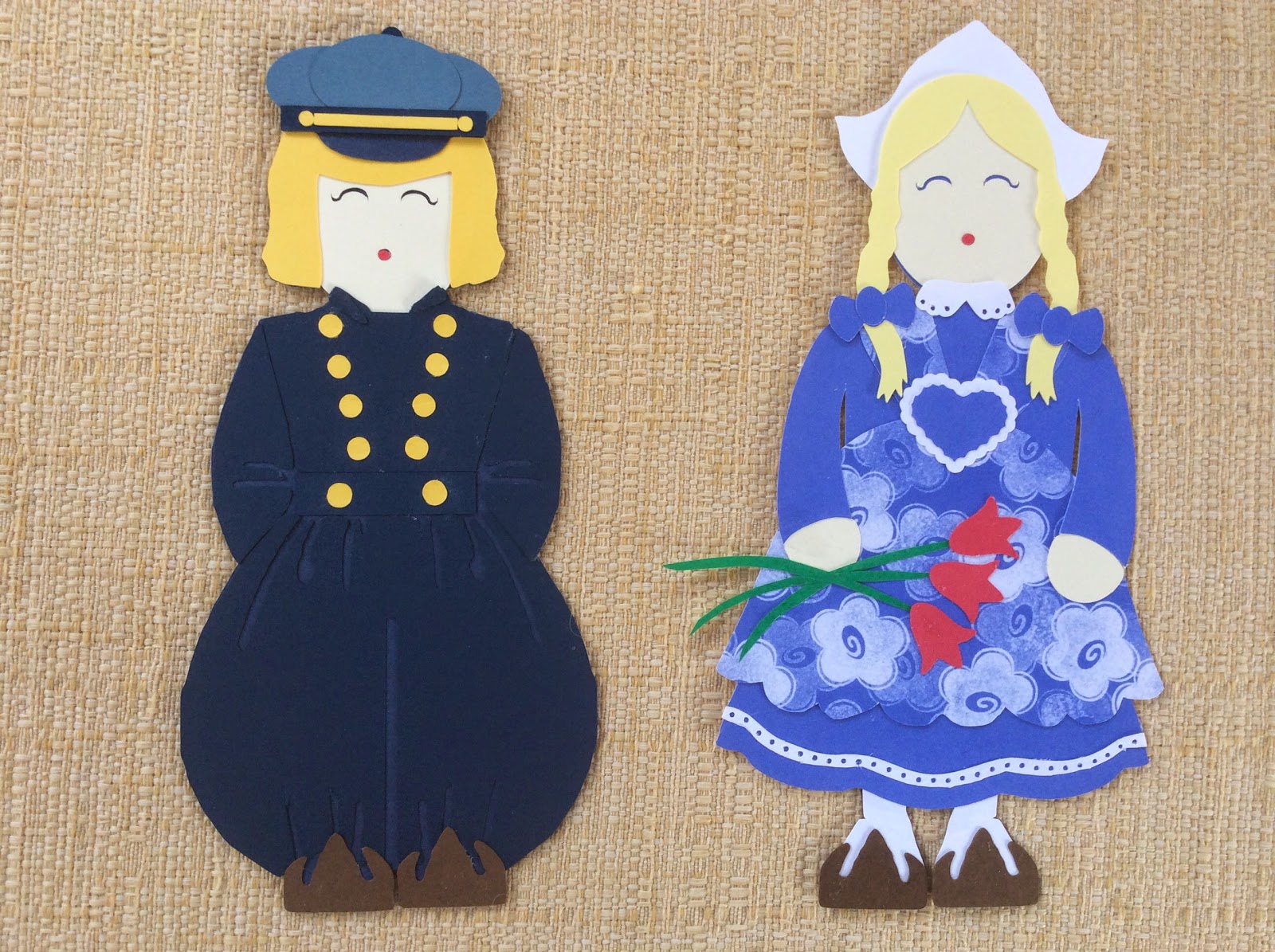 
In continuing my series of "It's a Small World Paper Dolls",  I made a Dutch paper boy and girl. The Dutch girl is holding tulips which have a fascinating history. Tulips were originally cultivated in the Ottoman Empire (present day Turkey).  They were imported into Holland in the sixteenth century. Carolus Clusius wrote the first major book on tulips in 1592.  They became so popular that his garden was raided and bulbs stolen on a regular basis. In the mid-seventeenth century, tulips were so popular that they created the first economic bubble, known as "Tulip Mania" (tulipomania). As people bought up bulbs they became so expensive that they were used as money until the market in them crashed.

Here is the PDF.
https://drive.google.com/file/d/0B7oGIyVDbRGYaWwzclRtandZWlU/edit?usp=sharing

Here is the .Studio file.
https://drive.google.com/file/d/0B7oGIyVDbRGYd2pTSTZWX3dsd3M/edit?usp=sharing
Posted by Elaine Wolfe at 9:44 AM